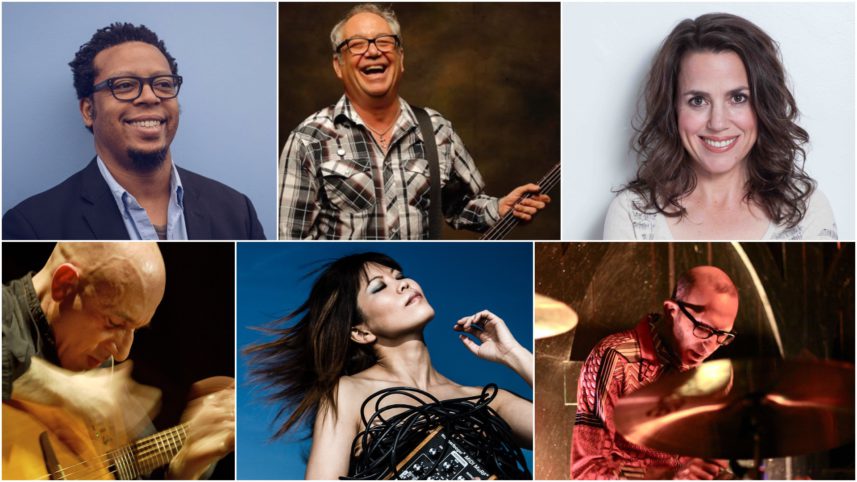 MIKE WATT
Watt co-founded and played bass guitar for the rock bands Minutemen, Dos, and Firehose. He is also the frontman for the supergroup Big Walnuts Yonder, a member of the art rock group Banyan and is involved with several other musical projects. From 2003 until 2013, he was the bass guitarist for The Stooges.
Watt has been called “one of the greatest bassists on the planet.” CMJ New Music called Watt a “seminal post-punk bass player.” Readers of NME voted Mike Watt one of the “40 Greatest Bassists of All Time” and LA Weekly awarded him the number six spot in “The 20 Best Bassists of All Time

ELLIOT SHARP
Sharp is an American multi-instrumentalist, composer, and performer.

A central figure in the avant-garde and experimental music scene in New York City for over 30 years, Elliott Sharp has released over eighty-five recordings ranging from orchestral music to blues, jazz, noise, no wave rock, and techno music. He leads the projects Carbon and Orchestra Carbon, Tectonics, and Terraplane and has pioneered ways of applying fractal geometry, chaos theory, and genetic metaphors to musical composition and interaction.

JEFF PARKER
Jeff Parker is recognized as one of contemporary music’s most versatile and innovative electric guitarists and composers. With a prolific output characterized by musical ideas of angularity and logic, he works in a wide variety of mediums – from pop, rock and jazz to new music – using ideas informed by innovations and trends in both popular and experimental forms. He creates works that explore and exploit the contrary relationships between tradition and technology, improvisation and composition, and the familiar and the abstract.

His sonic palette may employ techniques from sample-based technologies, analog and digital synthesis, and conventional and extended techniques from over 40 years of playing the guitar.

An integral part of what has become known as “The Modern Chicago Sound”, he is a longtime member of the influential indie band Tortoise, and is also a founding member of Isotope 217˚ and Chicago Underground.