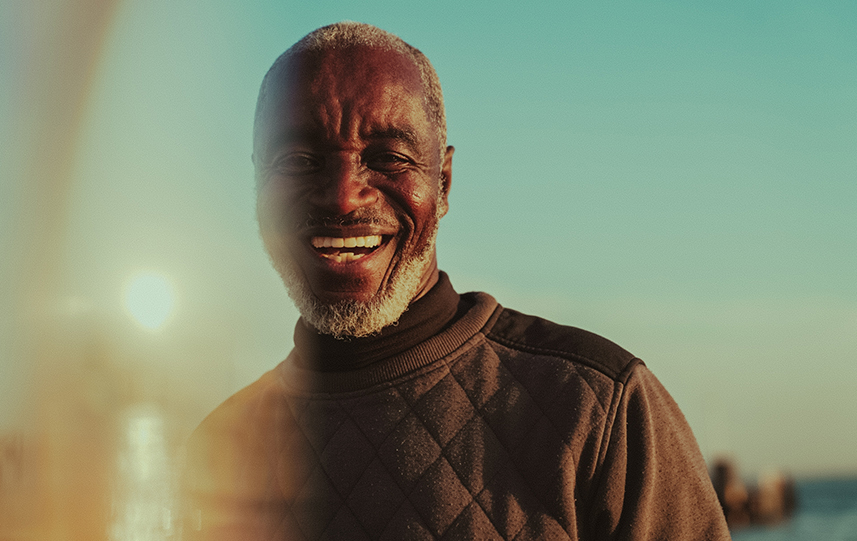 Ata Kak is the mysterious Ghanaian electronic/rap/highlife icon who kick-started the whole Awesome Tapes From Africa phenomenon. After a long wait he has now started to play his first ever live performances in Europe.

Ata Kak’s Obaa Sima cassette fell on deaf ears when it was first self-released in Ghana in 1994 but when American musicologist Brian Shimkovitz stumbled upon the tape at a street stall in Cape Coast, Ghana eight years later it became the stimulus for him to launch his Awesome Tapes from Africa blog, writing in his inaugural post: ‘This is it. The song is called Moma Yendodo. You may never hear anything like this elsewhere. No one I know in Ghana listens to this frenetic leftfield rap madness.‘

The music on the recording – an amalgam of highlife, Twi-language rap, funk, hip-hop and electronica – traverses a pop music landscape that encapsulates international modes while reflecting contemporary Ghanaian music of the period. Presented with the sweaty passion of a Prince record and the lo-fi recording charm of early Chicago house music, Obaa Sima’s joyous soul and casual brilliance made the enigmatic Ata Kak an underground internet sensation and a party-starter the world over. After more than a decade of searching Brian finally tracked down the singer and released the LP officially in March 2015.