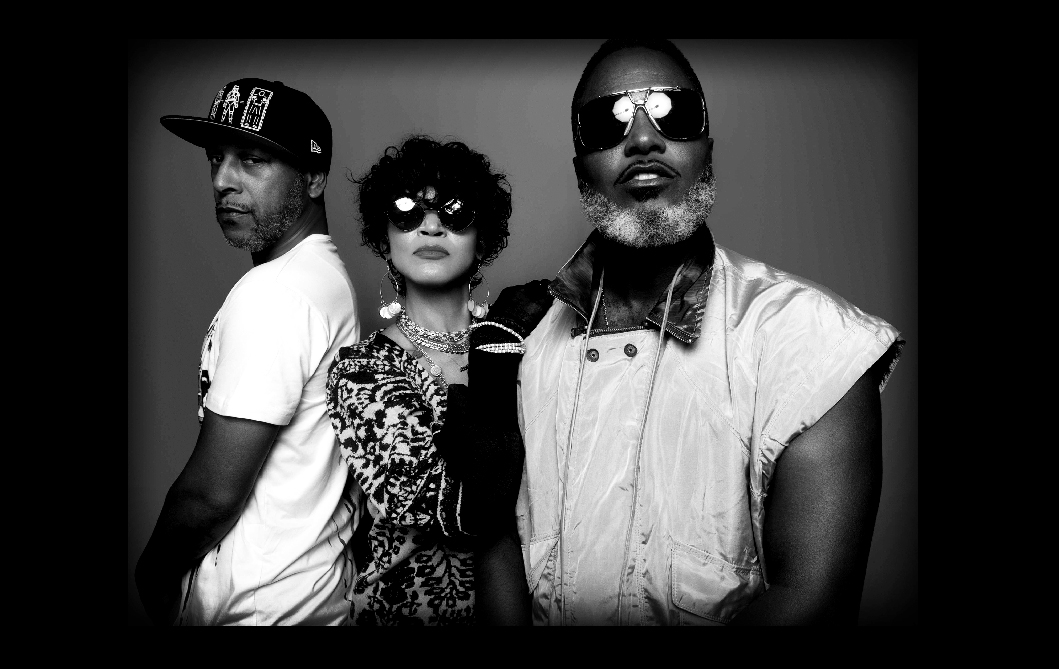 In a two-album discography, musicians Ishmael “Butterfly” Butler, Mariana “Ladybug Mecca” Vieira, and Craig “Doodlebug” Irving, collectively known as Digable Planets, released back to back emblematic records, imbued with 90’s idealism, fueling that eraʻs ascension of Hip-Hop. Taking a cue from Prince and The Revolution, this trio fronted a multi-gendered collective voice that spoke directly to Black ffolkes across the board. Ladybug’s measured, surgical flow gave balance to Butterfly’s spoken-word tone and Doodlebug’s Five Percenters’ mathematics. Packed with a bohemian, free-jazz sound collage, coming at the peak of that generation’s affinity for vinyl culture, Reachin’ (A New Refutation of Time and Space) took the bouillabaisse exploration route for a debut album. Flush with samples assorted by Ish, copped from his “Dadʻs shit”-Eddie Harris, The Last Poets, and Bohannon-got turnt for 90ʻs boom-bap modernity.  These fly, core sources, bits of Idris Muhammad’s “Lorans Dance” here, drum hits from The Honey Drippers ova there laced out the arrangement to ponder… Would Jimi Hendrix dig Hip-Hop? And stress: A woman having the facility to choose abortion or not, is a civil right. Dig Planets turned bars into smart bombs. No party and bullshit here, fam.

Their outlier sentiments went mainstream; their debut was financially embraced by Black and monoculture record buyers from jump.  While grunge cats were stating “I think Iʻm dumb” or deciphering what actually pissed Jeremy off in class today, Digable won a Grammy for “Rebirth of Slick (Cool Like Dat)”. If A Tribe Called Quest and De La Soul were the vanguards then, Planets, who opened for Sade on their first national tour with King Britt on the decks, were the next coming. So, they made Blowout Comb, a five mic masterpiece, that over time appealed to wide swaths of listeners and helped usher in various new strains of black music, but financially was a failure upon release. Making the group break up in true punk-rock style. Comb‘s mixture of soul and jazz samples and live instrumentation foreshadowed what was to come 26 years later. Digables’ sonic presence provided an access point to jazz that younger generations might have missed out on because they did NOT have Ishmael’s Dads’ records. Listening to the line “No stars, just bars,” from Doodlebug on “The May 4th Movement” speaks to a new frequency upcoming cats would elaborate on. Yasiin Bey aka Mos Def and Kendrick Lamaar immediately come to mind. Comb stands as those emcee’s spirit animal.  Now we have musicians taking arrangement cues from rappers, upsetting a one-time antiquated structure. Joe Armon Jones, Theon Cross, Kamasi Washington, Ryan Porter, Georgia Anne Muldrow, and Thundercat…ALL Jazz musicians weaned on Hip-Hop. Trumpeter Jaimie Branch’s 11-minute “prayer for amerikkka pt 1 & 2″(peep that amerikkka spelling S/O to Ice Cube) from 2019 is a jazz punch up of Ladybugs iconic bars from 9th Wonder(Blackitolism): “Now you see that I’m 68 inches above sea level/93 million miles above these devils”. This current wave of musicians, who have the cache and financial bankability to headline underground and mainstream music festivals, stand on the shoulders of Digables’ idea of connectedness between two eras of Black Art. Jazz and Hip-Hop are not just musically connected, it’s a cultural bond.

John-Paul Shiver is a San Francisco centric music writer whose bylines can be found in 48hills.org, The Wire UK Magazine, AFROPUNK, and Bandcamp. Or at @channelsubtext on Twitter.