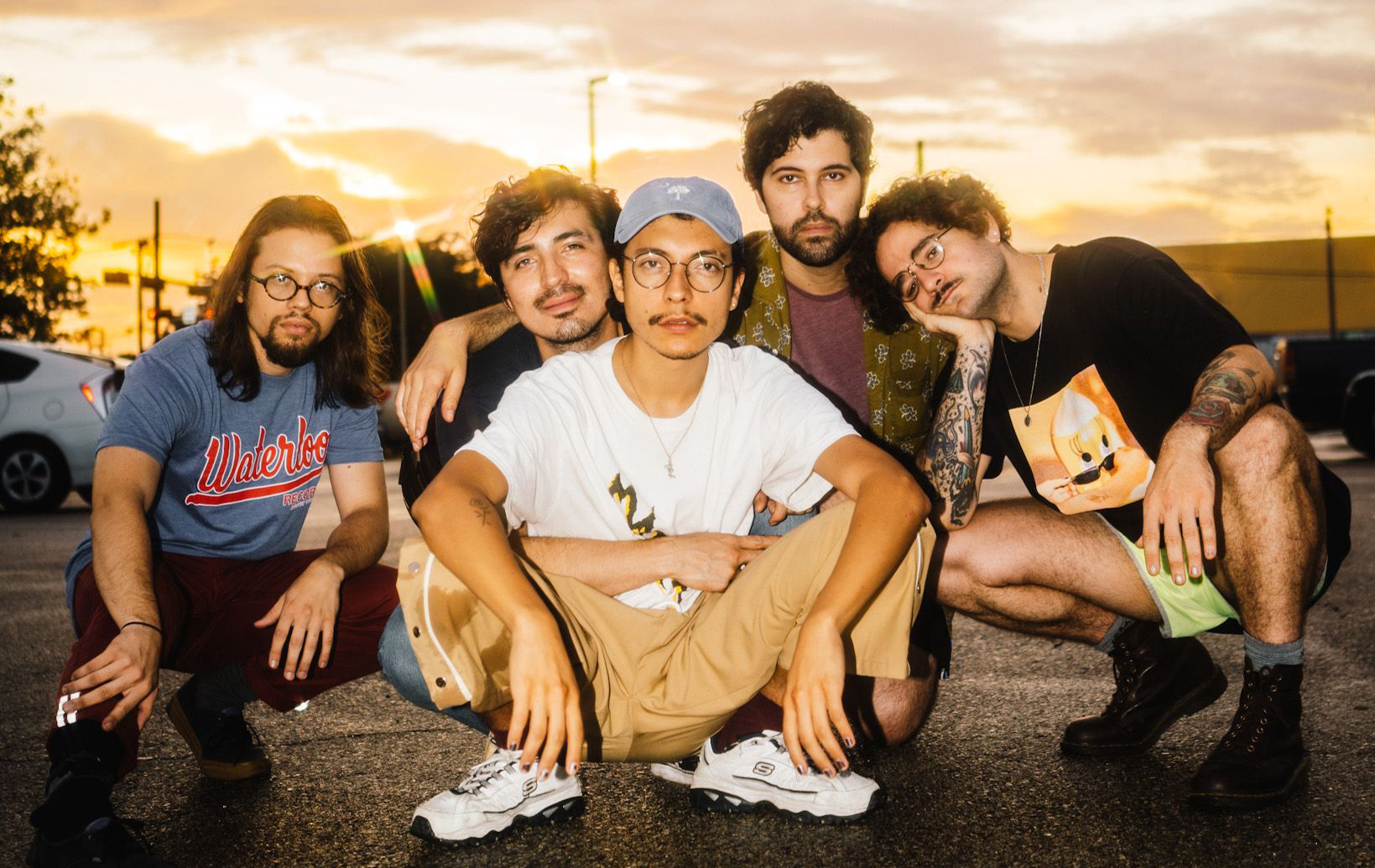 Divino Niño’s new album Foam feels like catching up with a lifelong friend. There’s undeniable songwriting chemistry between guitarist Camilo Medina and bassist Javier Forero, who met as kids in Bogotá, Colombia and years later reconnected by sheer happenstance after their families had both moved to Miami. Now Chicagoans, their rhythmic, soulful—and at times bilingual—Latinx punk songs are a reflection of their continent-spanning bond and proof that Divino Niño couldn’t have formed without unlikely but happy coincidences.

This shows on the entirely inviting, syrupy, and sexy Foam. The quartet’s Latin American roots seep in throughout the LP’s silky psychedelic flourishes but especially on single “Maria,” which is sung entirely in Spanish. Inspired in equal parts by Argentine punk and the narratives of Mexican telenovelas, the personality-filled track is one of the most memorable on the record. Though it’s the first song Medina has ever written that wasn’t somewhat autobiographical, it’s delivered with enough emotion to feel real. Medina sums up the band’s ethos: “We are very driven by feeling: something that’s cozy, at home, and a little sentimental.”

After cutting their teeth in southern Florida bands, Forero and Medina decamped to Chicago in 2010 to study at the School of the Art Institute of Chicago. There they met guitarist Guillermo Rodriguez and together, the three became roommates in 2013 and started the earliest Divino Niño demos. Drummer Pierce Codina joined some time later and after several recordings and mixtapes like 2016’s The Shady Sexyfornia Tapes, the bluesy, drum-looped early tracks gradually evolved into the nostalgic, synth-led rock of Foam. Recording and scrapping the record multiple times, the tracks heard on Foameventually took shape as they patiently found their voice.

“This is us trying to find – obviously – our own voice and who we are,” says Medina. “Everything here is very heartfelt and emotional. We wanted to show that we are all softies.”