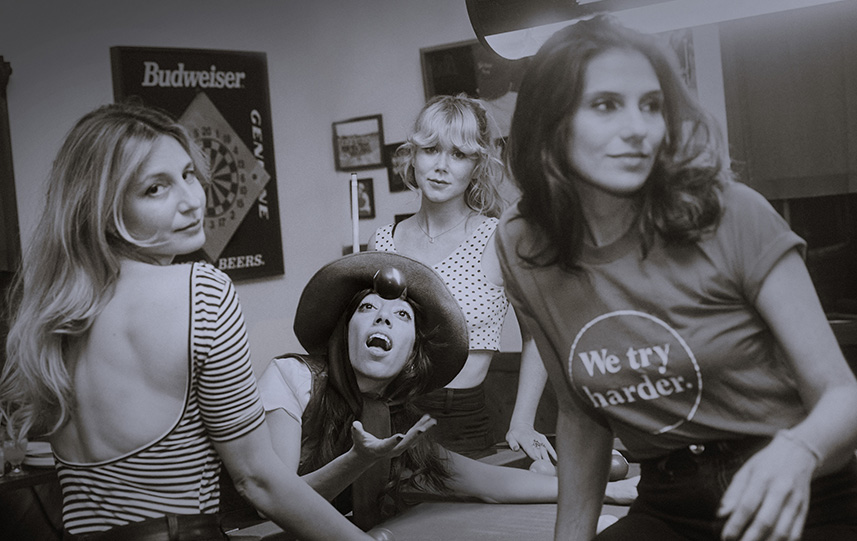 As the world starts to re-emerge and awaken, the summer of 2021 proved to be a hot one and Habibi is ready to dance. After being coined by the New Yorker as having “the Colgate white glisten of sixties girl group pop combined with an uncensored edge” for their acclaimed debut album, Habibi broke boundaries by introducing Farsi-sung tunes on their EP ‘Cardamom Garden’ that “shed rigid definitions of what constitutes American music” (Pitchfork). In 2020, a month before the world drastically changed, ‘Anywhere But Here’, the group’s prophetic sophomore album was released which led NPR’s Robin Hilton to call them a “noir girl-group.” This fall, Habibi will release a two-song EP of original compositions, titled ‘Somewhere’ to inaugurate their signing to the legendary label Kill Rock Stars. The EP will move the unique four-piece’s sound into the escapism of disco club era New York City, an expansion upon their Detroit-bred garage roots. Habibi knows it’s time to cut loose and take you to the dance floor, enlisting producer Mike Stroud from Ratatat and Heba Kadry as mastering engineer. Fans of the Tom Tom Club and ESG will find here plenty to love.