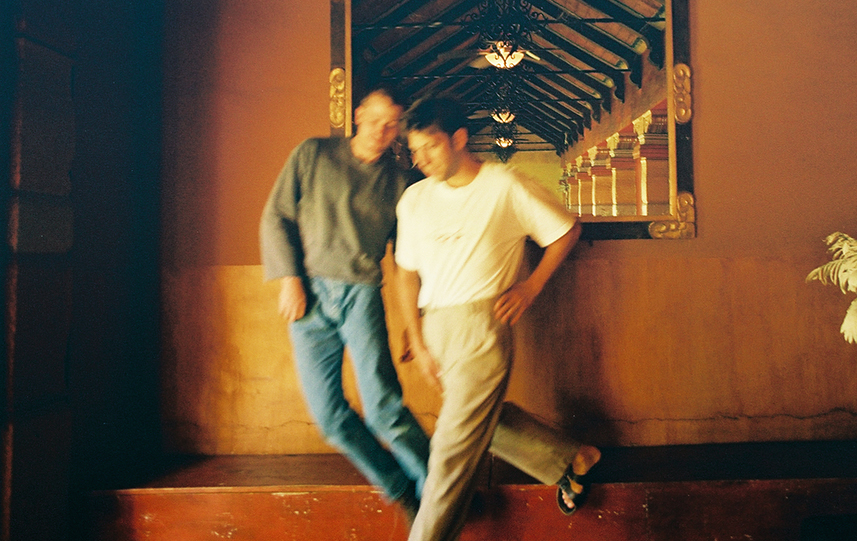 Last year, Charlie Martin impulsively wrote T-R-U-E L-O-V-E in all caps across the top of what would become the title track of his and Will Taylor’s fourth Hovvdy album. The on-the-nose instinct encapsulates the LP’s elemental look at relationships – familial, romantic, friendly – and that desire to capture them in a bottle. Since the creation of their last album, both Charlie and Will have married their partners. Will became a father.

A nod to their roots and a reach for more, True Love maturely embraces the best of the duo’s hyper-genuine, chin-up qualities developed over the past seven years. Charlie and Will first met at a baseball game while touring with other bands, both as drummers. Back home in Austin, the pair connected over shared sports-centric upbringings in Dallas and, most prominently, likeminded batches of solo songwriting. The interlocking tracks would become 2016 LP Taster, introducing a comforting sonic push-and-pull continued in the innate melodies of Cranberry (2018) and the propulsive storytelling of breakthrough Heavy Lifter (2019).