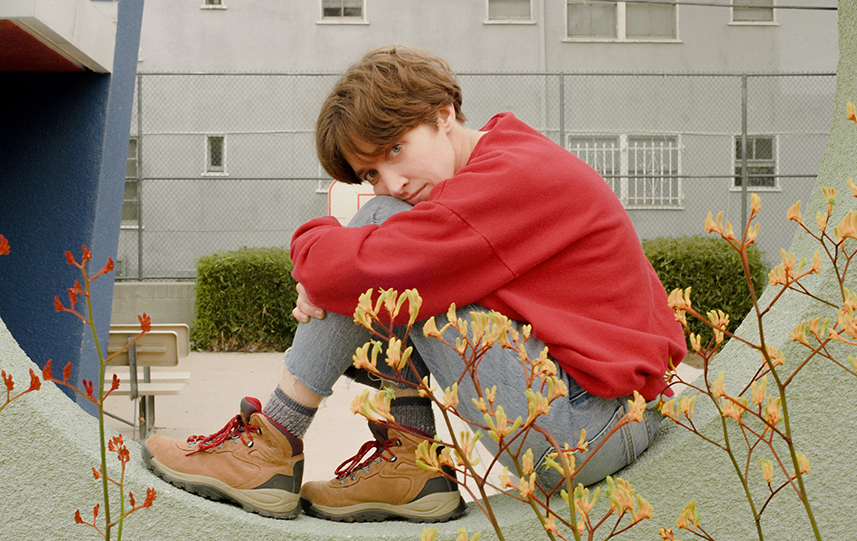 Lomelda is Hannah Read’s musical project. In swampy, sweaty, Silsbee, TX, she first formed the band with her high school best friends. Throughout the next decade, Lomelda made a habit out of stretching to fit new friendships and shrinking down to solo strummings. Four albums and a never-the-same live show chronicle these shifts in shape and sound.

Lomelda’s fifth, upcoming album is called Hannah. The album stretches and shrinks into many of Lomelda’s different forms, from expansive “Wonder” and rock band “Reach” to meandering “Stranger Sat By Me” and finger picking “It’s Infinite”. Through this range of moods, Hannah sings stories of strangers, suns, dogs, moms, brothers, favorite bands, “oh god!”s and big shots as well as herself, by name. She rejoices and reviles her god-given name and then flips it around to name herself Hannah once again. It is an album of confession and transformation made ultimately singable.

Hannah was produced by Hannah and her brother Tommy Read at his studio in Silsbee, TX. Over the span of a year and some change, it was recorded three different times before Hannah called it complete. In this, its final 14 song shape, Hannah will be released on September 4, 2020, by Double Double Whammy.