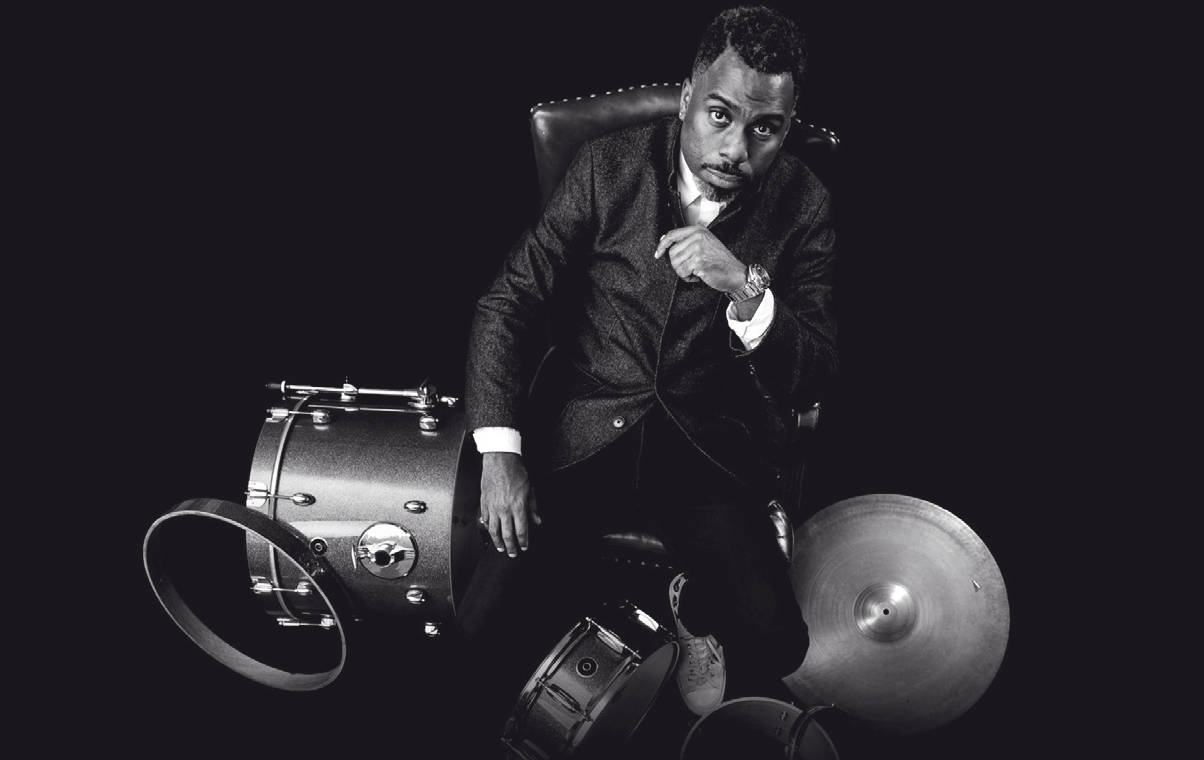 This show will be 18 and over.

For nearly two decades, Nate Smith has been a key piece in reinvigorating the international music scene with his visceral, instinctive, and deep-rooted style of drumming. He holds a diverse and ample résumé — which includes work with esteemed jazz leading lights such as Pat Metheny, Dave Holland, Chris Potter, José James, John Patitucci, Ravi Coltrane, and Somi among many others. His 2x GRAMMY-nominated debut album, KINFOLK: Postcards from Everywhere, sees Smith fusing his original modern jazz compositions with R&B, pop, and hip-hop. He’s also ventured into the pop/rock world with recent collaborations with Vulfpeck spinoff band The Fearless Flyers, Brittany Howard (of Alabama Shakes) and performances with songwriters Emily King and Van Hunt. In recent years, through a series of viral videos, he has emerged as one of the most influential and popular drummers of his generation. His videos have been viewed millions of times and have inspired countless musicians and fans. In September of 2018, he released his first ever solo drumset album Pocket Change.

As a composer and arranger, Mr. Smith received two (2) GRAMMY nominations for his composition “Home Free (for Peter Joe)” for best instrumental composition and best arrangement (instrumental or a cappella). Of the KINFOLK: Postcards From Everywhere project, Mr. Smith says: “It was my goal to start with the simplest of elements, singable melodies with familiar harmonies, and use them to weave stories that felt nostalgic without being overly sentimental. Pieces like ‘Retold’ and ‘Pages’ use familiar, consonant harmonies as a means of evoking the listener to “reach back” for a memory, while ‘Skip Step’ and Spinning Down’ use layers of rhythm to express a feeling of unsettled tension. ‘Disenchantment: The Weight’ uses an ascending/descending chord progression to simulate a deep sigh of resignation, while ‘Home Free (for Peter Joe)’ uses a hymn like melody as a means of evoking feelings of both solemnity and ceremony.